Crypto Slang You Need To Know

Lost in a sea of new terms as you try to find your way to crypto clarity? If you are brand new to the world of blockchain and cryptocurrency, it’s easy to get overwhelmed. There are so many new technical terms and slang you need to digest and understand. We are here to help with a list of crypto vocabulary to make navigating this new world just a little bit more manageable.

Are we missing a term? Make sure to send us a message to get it added to this list!

Used to receive and transactions on a blockchain network. It contains a string of alphanumeric characters, but can also be represented as a scannable QR code. Anyone can send a transaction to that address, but only the address’ true owner (owner of the corresponding private key) can access these funds or messages.

A slang term for “address”, as in a crypto wallet’s address.

Airdrops are a method of token distribution. Developers will send tokens to a blockchain address in exchange for a task, or even for free, to help decentralize the ownership of their tokens.

A trader who missed the opportunity to sell and is left holding onto coins with little to no value.

A trader that has a negative sentiment about the market and expects it to decline.

A trader who holds a lot of crypto and thinks that the market is going to fall.

Each block on a blockchain represents a collection of transactions that have taken place. As the transactions are validated, they are compiled into the blockchain permanently. Blocks include a timestamp and are built in such a way that they cannot be changed once recorded.

The cryptocurrency reward given to the miner or mining pool which first proposes a new block once it is added to the chain.

People that believe Bitcoin is the only cryptocurrency that is needed and that all other cryptos are inferior.

A trader that holds positive sentiment about the market and expects it to rise. 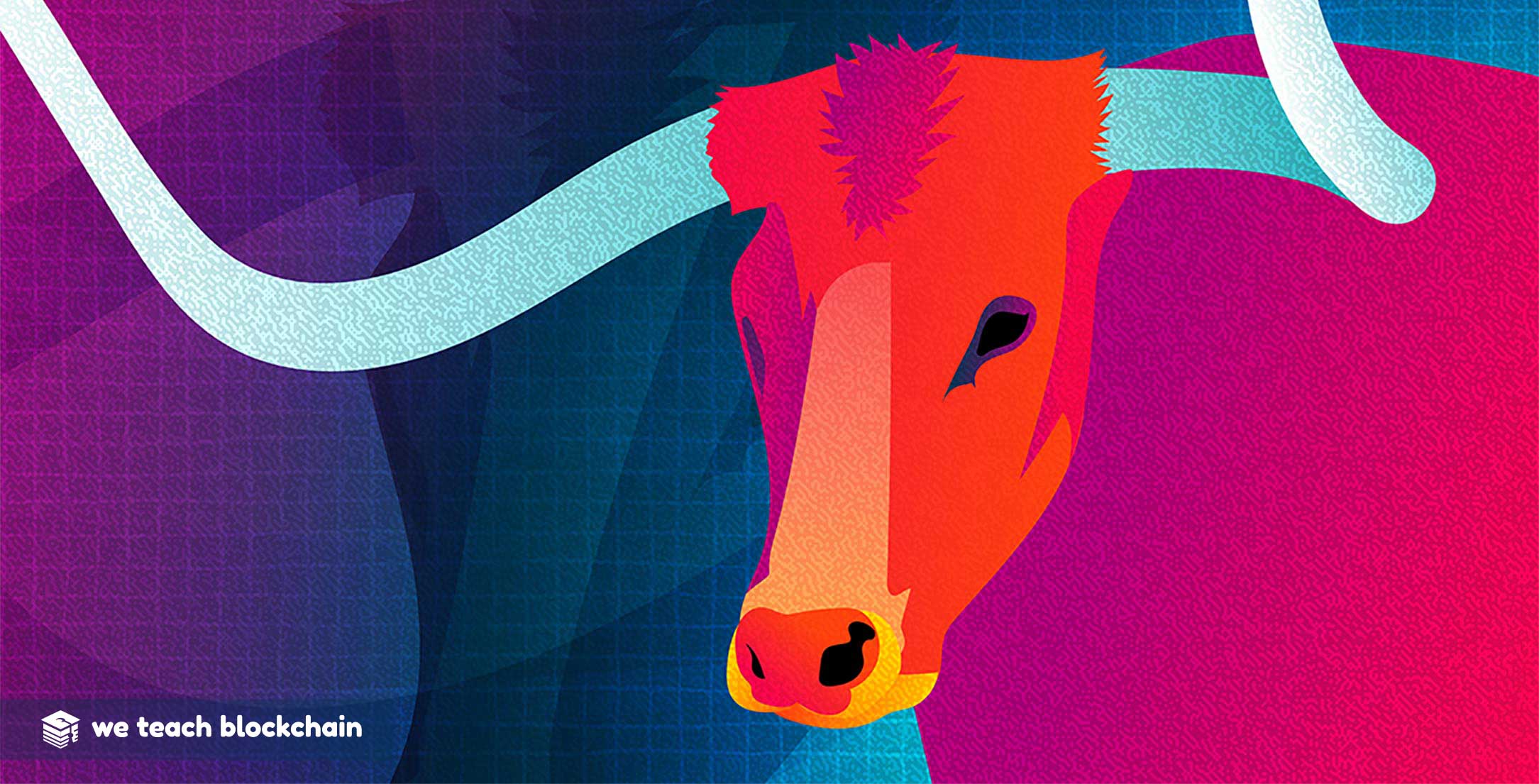 The process that a decentralized network goes through when agreeing upon the validity of transactions and when deciding which transactions should be included in a block.

Mathematics creates codes and ciphers in order to conceal information. Cryptography is used as the basis for the mathematical problems used to verify and secure transactions on the Blockchain.

The unauthorized use of someone’s computer to mine cryptocurrency.

The process of moving control of a system from one centralized location to many equal ones that can act on a peer-to-peer basis.

Short for Decentralized Exchange. DEXs facilitate cryptocurrency transactions peer-to-peer without the need for a third party.

When someone tries to send the same cryptocurrency to two different addresses. Decentralized consensus and mining prevent a user from spending tokens in more than one place at a time. Otherwise, digital assets can be copied and distributed, similar to counterfeiting.

A website or organization that allows and facilitates the transfer of fiat to cryptocurrency as well as the reverse. Some exchanges allow you to trade your crypto for other cryptocurrencies.

When the creators/promoters of a cryptocurrency disappear with investors’ money after an ICO.

Currency issued by the government. The US Dollar and Euro are examples of fiat currencies.

A possible future event where Ethereum’s market capitalization overtakes Bitcoin’s. It’s important to note that this has not happened before.

The fee required to complete a transaction or execute a smart contract on the Ethereum Blockchain. Gas is used to allocate the resources of the EVM.

A fixed-length string which can represent data of arbitrary size. A hash function converts any data (even images, videos, or an entire website) into an output like 0xdeadb33f and will produce the same output for any input. If the input is changed even slightly, the hash output will change as well.

The practice of amassing and keeping crypto. A typo for “hold” that has come to mean “Hold On for Dear Life”. It became a rallying cry when crypto was having more downs than ups and hold was misspelled in a popular form post.

The property that describes the fact that information added to the blockchain is final; it cannot be amended. Transactions are irreversible, only an opposite transaction can be executed.

Short for Lamborghini, when someone asks “When Lambo?” they are asking when a particular coin’s price will increase and they will profit enough to buy a Lamborghini.

The process of adding transactions to blocks and securing the blockchain. Miners are specialized hardware that race to solve equations and add the next block to the chain. The computer that wins receives the block reward for creating the newly added block.

The digital waiting room where transactions are sent before they are included in a block by a miner.

When a cryptocurrency rapidly increases in value, people will say “to the moon” or it’s “mooning” You will also hear the question “When Moon?” asking when will the price of a particular coin spike in value.

A person that has no bitcoin or crypto. Can sometimes be used as a derogatory term for people outside the crypto community.

A computer that is running a blockchain’s software and is working to maintain it.

A system in which computers talk directly to each other with no centralized system in between.

A private key is a string of data that can digitally prove you have access to the crypto in a specific wallet. Private keys can be thought of as a password; they must never be revealed to anyone, as they allow you to spend the bitcoins from your bitcoin wallet through a cryptographic signature.

A system that ties mining capability to computational power. Blocks must be hashed, which is in itself an easy computational process, but an additional variable is added to the hashing process to make it more difficult. When a block is successfully hashed, the process must have taken some time and computational effort. Thus, a hashed block is considered proof of work.

A cryptographic key that can be obtained and used by anyone to encrypt messages intended for a particular recipient, such that the encrypted messages can be deciphered only by using a second key that is known only to the recipient (the private key).

Short for wrecked - or what happens if you lose lots of money on a trade.

The smallest amount of bitcoin that can be sent. Named after Bitcoin’s anonymous creator that used the pseudonym Satoshi Nakamoto.

An alternate representation of a private key. Private keys are usually expressed as a long string of alphanumeric text, however, a seed phrase simplifies a private key by encoding it as a list of 12, 18, or 24 words. Seed phrases are used to back up and restore cryptocurrency wallets.

A person hyping altcoins or shitcoins for their own benefit. Don’t be this!

A coin with no value or purpose.

A programmable contract that can be executed on certain blockchains, such as Ethereum.

A cryptocurrency that attempts to attach its value to a fiat currency or commodity in an effort to deal with the volatility of the crypto market.

A physical device or computer interface that facilitates the storage of public and private keys. Your cryptocurrency is not stored in the wallet itself, it’s on the blockchain. It only manages your keys.

Refers to people that panic sell instead of continuing to hodl as the value of a coin or the whole crypto market goes down.

An individual who holds a large amount of bitcoin or another cryptocurrency.

Bridging the education gap for new adopters with a single class designed to take you from curious to confident!

While most of these are not directly related to crypto, you will see them a lot, so it’s good to know what they stand for!

The highest value a coin or token has ever seen.

Buying a coin as the price drops in the short term in hopes of future profit.

DYOR - Do Your Own Research

One of the most important concepts in crypto. Don’t just listen to what you hear from others. Take the time to verify for yourself.

The Ethereum Virtual Machine is a collective system made up of hundreds of thousands of individual nodes around the world.

FOMO - Fear Of Missing Out

That feeling you get in your gut when you think you are about to miss out on a cryptocurrency price increase.

Spreading negative, misleading, or false info to influence the perception of specific coins or the crypto market as a whole.

Startups issue their own token in exchange for ether or bitcoin to raise funding. Similar to how an Initial Public Offering (IPO) works. 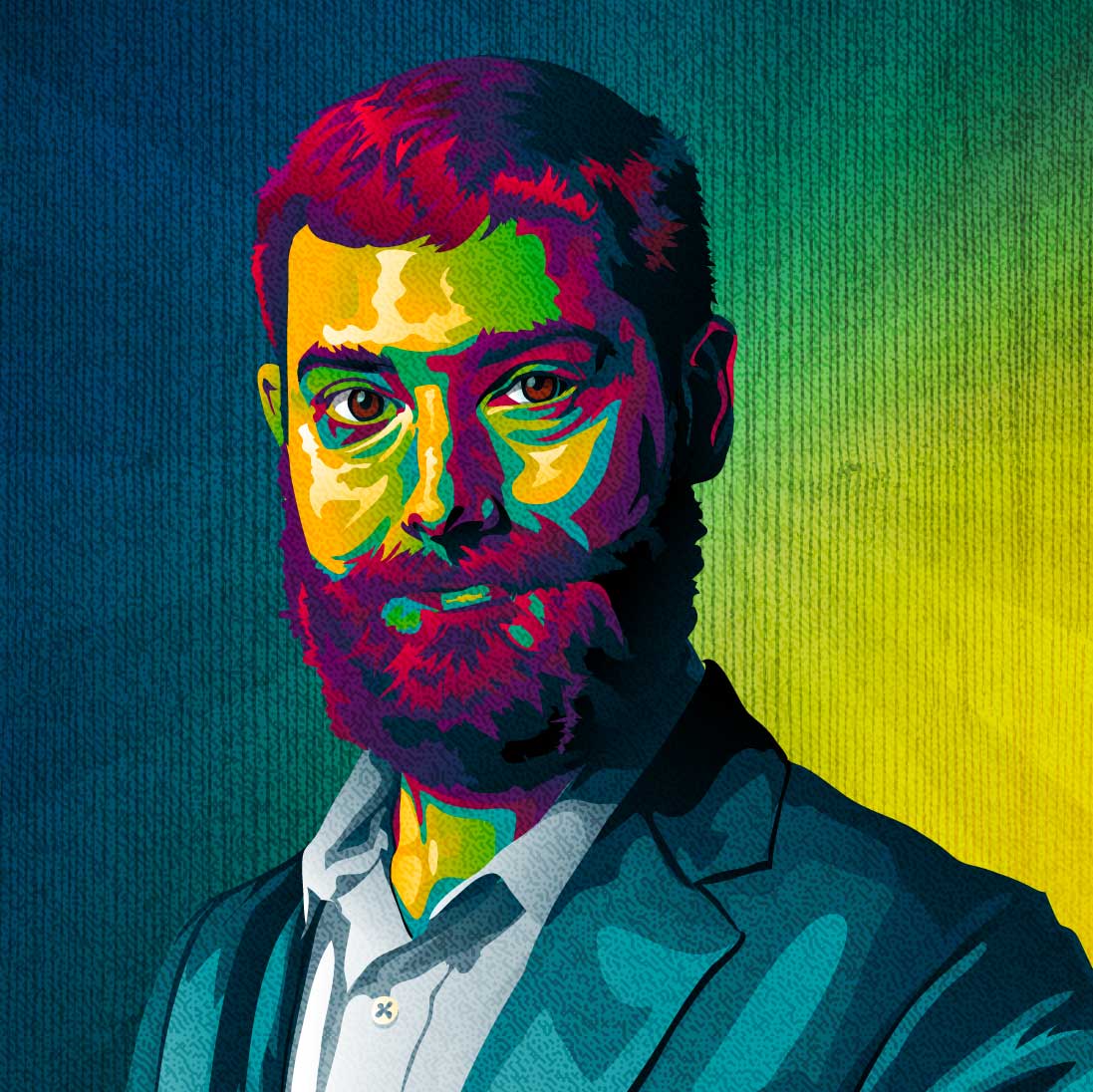 Corey saw the need for more accessible blockchain education after having a friend try to explain bitcoin, blockchain, and ethereum numerous times, unsuccessfully. As he learned more, he was able to configure his computer to mine Ethereum and became an advocate for decentralization.

If you've been following the price of Bitcoin and other cryptocurrencies, you probably couldn't help but notice the recent significant...

We've seen the rapid popularity increase of blockchains and cryptocurrencies. It only makes sense that attention is being directed to...