In order to understand the goals and benefits of decentralized technology, we must first examine the problems created by centralized systems. While efficient, centralized servers or data repositories are an easy target for those looking to exploit your sensitive personal information. Constant hacks make it impossible to have confidence that your personal data will be kept safe by the third parties we use to conduct business. This leads to an inefficient system with the huge hidden cost of sacrificing your privacy. Not only are centralized servers more attractive targets to attack, but the data obtained by “trusted” parties is also often monetized without user consent. Of course, the user never sees any of this financial gain. Data privacy does not exist on the centralized internet we have built. By decentralizing the storage and processing of data, we would no longer have to rely on the websites and service providers that willingly collect and sell customers data for a premium.

Generally speaking, centralization of power can result in companies like Facebook, Amazon, and Google finding ways to monetize user data and habits in ways that the users may not even be aware of. Users of popular free online services may think of themselves as the customer, while the service that they’re using the product. But that’s actually backward. Instead, the user’s information is the product that is being sold. It’s their data that is valuable, yet most users of these services don’t yet realize this fact. If it’s your data, why are other people profiting off of it? Another of the benefits of decentralization is that it can put that value back in the hands of the user. 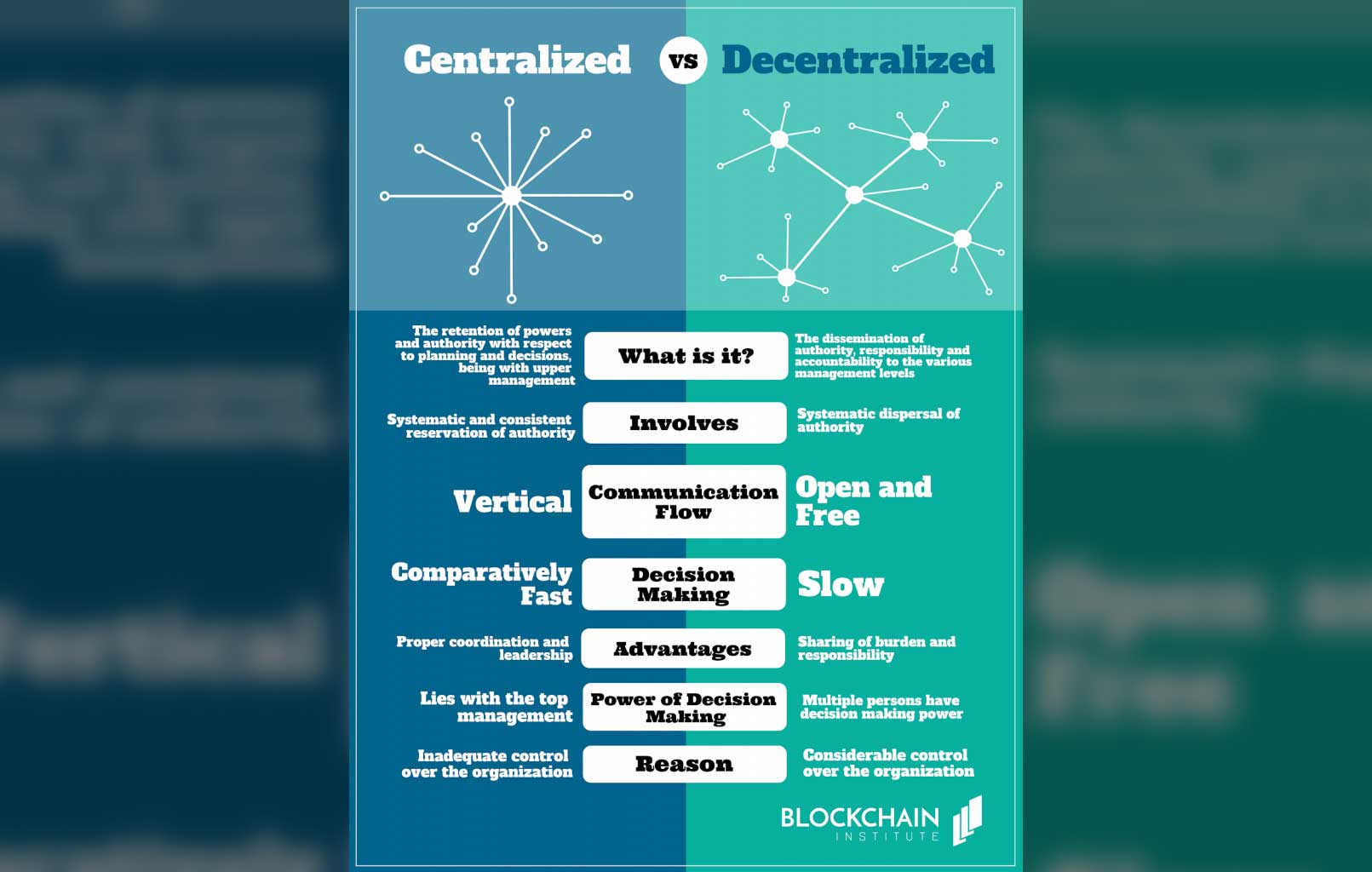 Within a decentralized network, information is distributed amongst nodes so that each node has an updated copy of the recorded data (ledger). Simply put, a node is a computer that is running the blockchain’s software. Decentralized networks can also transfer data that can be validated without that information being transferred to a third party.  Data is validated with the utilization of an agreed upon consensus mechanism which checks the validity of the data before it becomes permanently imprinted onto a blockchain. Simply put, a consensus mechanism is a way for validators to come to an agreement about the integrity of data before it becomes part of a blockchain. Once the block is confirmed to contain this data, it is distributed amongst nodes, making it practically impossible to change data that has already been recorded to the ledger.

A good example of a peer-to-peer network was Napster. Napster was a semi-centralized website that utilized a file sharing protocol that doesn't rely on any one server, company, or entity to function. Bitcoin works in somewhat the same way; it doesn't require a bank to act as a central arbiter between two people who want to exchange value. The protocol empowers them to do it themselves.
Fun Fact: At the height of its popularity Napster had nearly 80 million users!

Decentralized networks open many possibilities for users of the internet. In the next lesson, we’ll explore the issues with centralized servers and the benefits that peer-to-peer networks can offer.